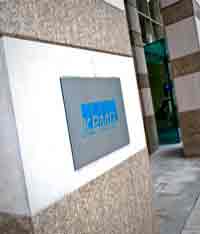 KPMG administrators have sold part of the La Senza lingerie business in a pre-pack deal which has saved around half of the company’s jobs.

Richard Fleming, David Standish and Rob Croxen, restructuring partners at KPMG, were appointed joint administrators to La Senza UK. They immediately sold 60 of the UK stores to Alshaya UK Ltd, part of the Alshaya group of companies, a leading international retail franchise operator based in Kuwait. The move secures around 1100 jobs.

La Senza UK closed 81 stores at the end of 2011 and these do not form part of the sale to Alshaya, and have ceased trading with immediate effect. The administrators have also announced the closure of a further three stores and 18 concessions. As a result, there have been approximately 1,300 job losses.

Richard Fleming, joint administrator and UK head of restructuring at KPMG, said: ‘We are delighted that we have been able to rescue part of La Senza UK and such a large number of jobs, given the negative economic pressures faced by retailers in the UK. This deal recognises the value of La Senza as a strong and popular high street brand with a loyal customer base.’