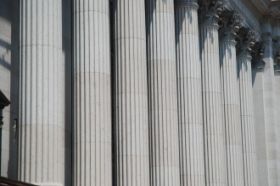 Four former veteran investment bankers and traders at Credit Suisse Group has been the target of the Securities and Exchange Commission’s complaint for engaging in a complex scheme to fraudulently overstate the prices of $3 billion in subprime bonds during the height of the subprime credit crisis.

The SEC alleges that Credit Suisse’s former global head of structured credit trading Kareem Serageldin and former head of hedge trading David Higgs along with two mortgage bond traders deliberately ignored specific market information showing a sharp decline in the price of subprime bonds under the control of their group. They instead priced them in a way that allowed Credit Suisse to achieve fictional profits.

Serageldin and Higgs periodically directed the traders to change the bond prices in order to hit daily and monthly profit targets, cover up losses in other trading books, and send a message to senior management about their group’s profitability. The SEC alleges that the mispricing scheme was driven in part by these investment bankers’ desire for lavish year-end bonuses and, in the case of Serageldin, a promotion into the senior-most echelon of Credit Suisse’s investment banking unit.

“The stunning scale of the illegal mismarking in this case was surpassed only by the greed of the senior bankers behind the scheme,” said Robert Khuzami, Director of the SEC’s Division of Enforcement.

“At precisely the moment investors and market participants were urgently seeking accurate information about financial institutions’ exposure to the subprime market, the senior bankers falsely and selfishly inflated the value of more than $3 billion in asset-backed securities in order to protect their bonuses and, in one case, protect a highly coveted promotion.”

According to the SEC’s complaint filed in U.S. District Court for the Southern District of New York, Serageldin oversaw a significant portion of Credit Suisse’s structured products and mortgage-related businesses. The traders reported to Higgs and Serageldin. As the subprime credit crisis accelerated in late 2007 and 2008, Serageldin frequently communicated to Higgs the specific profit & loss (P&L) outcome he wanted. Higgs in turn directed the traders to mark the book in a manner that would achieve the desired P&L.

However, under the relevant accounting principles and Credit Suisse policy, the group was required to record the prices of these bonds to accurately reflect their fair value. Proper pricing would have reflected that Credit Suisse was incurring significant losses as the subprime market collapsed.

The SEC alleges that the scheme reached its peak at the end of 2007, when the group recorded falsely overstated year-end prices for the subprime bonds. Just days later in a recorded call, Serageldin and Higgs acknowledged that the year-end prices were too high and expressed a concern that risk personnel at Credit Suisse would “spot” their mispricing.

Despite acknowledging that the subprime bonds were mispriced, Serageldin approved his group’s year-end results without making any effort to correct the prices. When the mispricing was eventually detected in February 2008, Credit Suisse disclosed $2.65 billion in additional subprime-related losses related to the investment bankers’ misconduct.

Under the SEC’s Statement on the Relationship of Cooperation to Agency Enforcement Decisions (Seaboard Report) and the Enforcement Division’s Cooperation Initiative, entities can benefit from acting swiftly to detect, report, and remediate misconduct and cooperate robustly with the SEC’s investigation.

The SEC’s decision not to charge Credit Suisse was influenced by several factors, including the isolated nature of the wrongdoing and Credit Suisse’s immediate self-reporting to the SEC and other law enforcement agencies as well as prompt public disclosure of corrected financial results.

Credit Suisse voluntarily terminated the four investment bankers and implemented enhanced internal controls to prevent a recurrence of the misconduct. Credit Suisse also cooperated vigorously with the SEC’s investigation of this matter, providing SEC enforcement officials with timely access to evidence and witnesses. The SEC’s investigation also was assisted by cooperation provided by Higgs, Faisal Siddiqui, and Salmaan Siddiqui.

The U.S. Attorney’s Office for the Southern District of New York, Federal Bureau of Investigation, and United Kingdom Financial Services Authority assisted in the investigation.