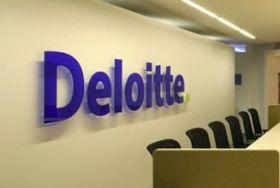 The Executive Counsel has filed a disciplinary Formal Complaint with the AADB in connection with the conduct of Deloitte LLP and of Mr Maghsoud Einollahi in relation to the four individuals known as “the Phoenix Four”and the MG Rover Group.

The events surrounding the takeover of MG Rover Group, the conduct of its business and its subsequent liquidation were the subject of a detailed inquiry by the Companies Act Inspectors appointed by the DTI. The AADB investigation was put on hold pending the outcome of the DTI inquiry, the report on which was published on 11 September 2009.

The Formal Complaint alleges that, in connection with certain transactions, Deloitte LLP and Mr Einollahi failed adequately to consider the public interest; the potential for there to be different commercial interests between the Phoenix Four, MG Rover Group and associated companies and shareholders; and the conflicts of interest and self-interest threat in relation to advising the Phoenix Four whilst maintaining client relationships with the MG Rover Group.

Accordingly, the conduct of Deloitte & Touche and of Mr Einollahi fell short of the standards reasonably to be expected of ICAEW Members and Member Firms in that they failed to act in accordance with certain Fundamental Principles and statements contained in the ICAEW’s Guide to Professional Ethics, namely those relating to objectivity and to due care.

The AADB is not alleging misconduct in relation to the audit work performed by Deloitte LLP for the MG Rover Group.

An independent Disciplinary Tribunal will be appointed to hear the Formal Complaint.

The AADB, an Operating Body of the FRC, is independent of the professions it disciplines and operates in the public interest.