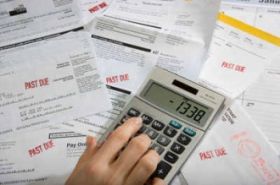 The SEC also charged Scott A. Wolf and his company, Stone Lion Management, Inc., the brokers for the three offerings, for their roles in selling unregistered securities to investors.

Filed in the U.S. District Court for the Northern District of Illinois, the SEC’s complaint alleges that between July 2008 and June 2010, Dachman raised at least $3,594,709 from investors located in 13 states and 12 foreign countries on behalf of Central Sleep, a purported provider of outpatient diagnostic sleep studies.

According to the complaint, Dachman made numerous misrepresentations to investors in each of the companies, including misrepresentations about how their funds would be used and his academic and business backgrounds. Dachman also failed to tell investors that he misappropriated at least $1,875,739 of their funds, over 45% of the total funds raised.

According to the SEC’s complaint, among other things, Dachman used investor funds to rent-to-own a 10,000 square foot home, to pay for family vacations to Alaska, Europe and elsewhere, to purchase a new Range Rover, books, collectibles and antiques, and for personal expenses and credit card bills. Dachman also diverted investor funds to a tattoo parlor that he co-owned with his son-in-law.

The SEC’s complaint further alleges that Wolf and Stone Lion acted as unregistered brokers in selling unregistered securities to investors without qualifying for an exemption from the SEC’s registration provisions. The complaint seeks permanent injunctions, disgorgement of ill-gotten gains with prejudgment interest, civil penalties, and penny stock bars.

Wolf and Stone Lion each have agreed to settle the SEC’s charges without admitting or denying the allegations against them. Wolf also has agreed to pay disgorgement of $335,216, prejudgment interest of $16,268, and a penalty of $20,000, and to be barred from participating in an offering of penny stock for one year. The proposed settlements are subject to the approval of the District Court.

The U.S. Attorney’s Office for the Northern District of Illinois and the Federal Bureau of Investigation assisted in the investigation.