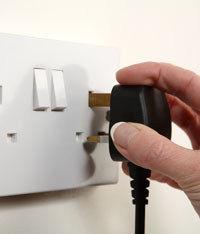 Electricians with dodgy connections to their tax affairs should come forward if they want to avoid getting a ‘nasty shock’ from the taxman, says the Chartered Institute of Taxation.

HMRC has announced that 50,000 letters are to be sent out to electricians, encouraging them to get their tax affairs in order under the Electricians’ Tax Safe Plan.

Electricians who take advantage of this disclosure opportunity will face a penalty rate of only 10%-20% of the tax owed , in addition to the tax itself, rather than the usual rate of up to 100%. Those who don’t come forward could ultimately face criminal charges.

Gary Ashford, who represents the CIOT on HMRC’s Compliance Reform Forum, said: ‘HMRC’s efforts to identify those who are evading tax have become increasingly sophisticated. It is clear from the follow-up of the plumbers’ campaign, which has now led to 10 arrests, that they are determined to stem the flow of potential tax revenue into the hidden economy and meet their target of bringing in an extra £7bn over the parliament through initiatives to tackle tax avoidance, evasion and fraud.’

He continued: ‘The advice to any electrician who is worried that they have been underpaying tax – whether deliberately or in error – is clear. Don’t blow a fuse – but don’t remain static either. Better to pay a nasty charge from your current account now rather than risk a shock through a criminal charge in a few months.’