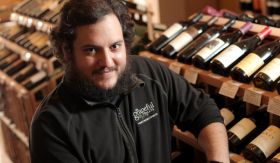 TEPID economic growth has left many people out of work or underemployed. While some wait for a better job, or any job at all, to come along, others will try to create their own jobs fr om scratch by starting a business.

What budding entrepreneurs may not realize is that there is a fair chance of creating tax headaches for themselves, too. Going into business is likely to mean more forms to fill out, tax authorities warn, and more complexity because the paperwork often relates to obscure nooks and crannies of federal and state tax codes.

“Tax and compliance issues are more complicated than ever before,” said Warren Hudak, head of the accounting firm Hudak & Company in New Cumberland, Pa. “Virtually every new employer has difficulty getting used to withholding taxes and the sheer volume of work that’s involved.”

Between what they must send in on behalf of their workers and their own income, sales and payroll tax obligations, “employers could be filing tax payments three, four, five times a month,” Mr. Hudak said. “It makes it very hard for a small-business guy who understands widgets to keep up with those things.”

Laura Zander recalls the bewilderment that she and her husband, Doug, felt when they left their jobs as software engineers in San Francisco during the dot-com bust and set up their “little, teeny yarn shop” in Truckee, Calif., in 2001. The shop evolved into Jimmy Beans Wool, which does about $6 million in annual sales, mostly online, from the company’s new base in Reno, Nev.

“Things seemed overly complicated in the beginning,” she said. “There was a learning curve.”

One “unfortunate tax event,” she said, provided an expensive lesson. The couple mistakenly took a substantial write-off for the cost of inventory one year early on, when it turned out that the deduction was supposed to be taken gradually as the merchandise was sold. Correcting the error greatly raised their stated income and therefore their tax liability.

“The tax bill ended up being significantly more than we thought,” Ms. Zander said. “It totally smacked us in the face. It was something nobody told us, and I swear we asked four or five accountants.”

The treatment of inventory is one of many fussy, quirky procedures that tax authorities and legislatures require businesses to follow. James Markham, a tax specialist at Ernst & Young who focuses on issues that entrepreneurs face, refers to them as “the gotcha-type things.”

The chances that they will trip up a business increase as activities reach a certain level of complexity, such as when someone other than a family member goes on the payroll or sales cross state lines, Mr. Markham said. That is when accounting services become particularly important. Not only do errors cost money, but preventing them can carry a cost measured in wasted hours.

“You’re this entrepreneur,” he said, “and you’re saying, ‘What’s the best use of my time — document my tax position in case I’m audited or sell my product?’ ”

Tax issues for online businesses that sell into many states and abroad can be especially problematic, advisers caution. Some states, short of cash, are trying to force companies to collect tax on sales made to their residents, even when the companies are based elsewhere. Court challenges leave the success of the tactic in question, but if the trend catches on, companies could find it harder to comply with the various sets of rules and tax rates.

“We just can’t afford to do that,” Ms. Zander said. “It would be a huge burden. We would have to change all our software and hire a bookkeeper just for that. That’s a game changer for a small online business like ours.”

Hiring a competent tax professional makes sense, even for businesses with less intricate financial affairs — if one is available. A common complaint among small-business owners is that it’s hard to find a good accountant because they are caught in a no-man’s land. Their financial affairs can be too intricate for off-the-shelf software or for someone accustomed to filing returns only for individuals, but the enterprises are often too small for business specialists to bother with.

That is what David Mendez discovered after he opened the Grapeful Palate, his wine shop in Morristown, N.J., in 2009.

“We had to go through three accountants before we finally landed the one we’re happy with now,” he said. “We’re a small, family-owned business. When we were looking for an accountant, we wanted someone who understood that and would help us grow.”

Instead, he said, one accountant was hard to reach, and another charged many fees.

“We would ask simple yes-or-no questions and be charged $75,” Mr. Mendez said. “Every time we had a question, we would get a bill in the mail.”

That was all the more galling, he said, because, as a fledgling business owner, his questions were numerous. “Please don’t assume we know any of this,” he said. “We know about wine and operating our store.”

Mr. Hudak expressed disdain for peers who charged for each small service, and he encouraged start-ups to seek someone who charged an inclusive fee.

“A firm should have a retainer, like $150 a month, to cover payroll tax returns and other filings,” he said. “What you get for the monthly fee is a relationship, someone you can lean on. There should be no charge for a phone call or per page.”

“He sat down and asked us what the goals for the business were, wh ere we want to get to in the next couple of years,” he said. “He shaped our ideas.”

By addressing such big-picture issues, the accountant may have provided a more vital service to Mr. Mendez than tax planning. While tax matters are an important concern for business owners, advisers say, there are many others to prepare for.

“What’s useful for entrepreneurs is to develop a business plan with goals and objectives, with taxes being a part of that,” Mr. Markham said. “Folks that are successful are the ones that have done that.”