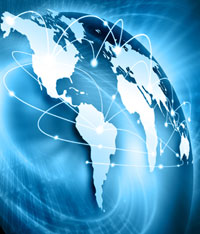 Morgan Stanley has joined Goldman Sachs in decreasing its use of mark-to-market accounting for corporate loans, in favour of greater use of historical cost accounting.

The Goldman Sachs group recently changed its approach, shifting fr om the mark-to-market or fair value approach, since historical cost accounting will help shield its loans from the swings in value.

The changes further allow the investment banks to hold smaller capital against assets, required in the event that the values of their corporate loan portfolio are marked down. Banks are only allowed to hold lower capital if they use historical-cost accounting.

The approach will also render less fluctuation in both companies’ earnings figures, wh ereas the fair value approach would create immediate gains and losses as the value of loans fluctuate.

Quoting sources familiar with the matter, the Wall Street Journal reported that Goldman had not yet revealed how much of its $34bn (£22bn) loan portfolio it would change the accounting for.

Morgan Stanley is expected to implement the changes over a portion of its $82bn (£52bn) portfolio.

Both banks - which were given access to emergency funds from the US Federal Reserve’s discount window in 2008 – are now subject to regulatory stress tests, which include weighing the financial impact of market shocks.

Under capital rules, the banks would need to set aside twice as much capital reserve if their loans dropped in value but by adopting the historical cost accounting approach, they need only set aside reserves to cushion against possible losses and need not hold capital against those loans.

Goldman’s CFO last month said, in a conference call, that the change was ‘driven by the more onerous capital treatment.’

Regulators did not need to approve the change and are understood to be ‘comfortable’ with it since corporate loans have fewer risks of default.