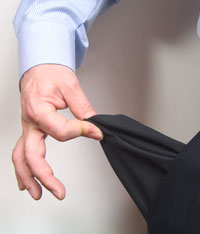 Controversial government plans to overhaul the application process for bankruptcy and compulsory winding up has been dubbed ‘flawed’ and ‘lacking in safeguards’ by two influential industry bodies.

Philip King, ICM’s chief executive, said: ‘Bankruptcy is a very different process fr om a winding up petition. Unfortunately, several of the reforms suggested in the consultation paper apply to both individual bankruptcy and the winding up of lim ited companies, indicating that the consultation has failed to adequately recognise the significant disparities between the two.’

‘Expanding the proposed debtor petition process reforms to undisputed third party bankruptcy and winding up petition processes is also, in our view, inappropriate, since the needs, processes and desired outcomes of debtors are entirely different from those of third parties and should be dealt with as such.’

He also questioned whether the proposed application process would be enough to confirm that bankruptcy was the right decision for an applicant and suggested that, if implemented, the proposed changes could even encourage debt avoidance:

Meanwhile, Liz Cole, the ICAEW’s company law, insolvency & pensions manager, who submitted a written response to the Insolvency Service, said she had tangible fears that certain elements of the new proposals could lead to miscarriages of justice.

‘We fear that there will be insufficient safeguards in an administrative process to deal with debtors for whom bankruptcy is not appropriate, but who do not engage with the process.

‘Also, given the decision making process is to be moved from the courts to adjudicators, they must have sufficient experience. We believe they should be at least an ‘experienced licence holder’ or equivalent, as otherwise this new administrative procedure will almost certainly result in miscarriages of justice.’

She said that while the procedure will undoubtedly reduce the burden on the courts, it will also increase the burden on the Insolvency Service. Sufficient funds must therefore be made available to ensure applications are assessed by adjudicators with sufficient experience.

The ICAEW also expressed concern that a petitioner submitting an online petition, or by post, may realise the severity of the event and its outcome than if they had to attend court.

The Insolvency Service will report back on its findings in summer 2012.