Accountants in 'Conflict of Interest' Twist over Pompey 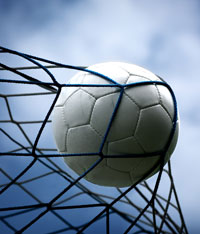 The unfolding drama at Portsmouth FC has taken on a new twist after the appointment of administrator Trevor Birch faced fresh challenges fr om other accountants who claim he should not have the role due to a conflict of interest.

Birch was appointed at the high court on Friday instead of Andrew Andronikou, of UHY Hacker Young - the administrator of Pompey’s holding company, Converse Sports Initiatives and, formerly, of the club itself, The Guardianreported.

Andronikou was again poised to be appointed as the administrator of the club when it went into administration for the second time last week, but HMRC said his previous roles raised ‘issues of conflict’. HMRC asked that Birch - a former Chelsea, Leeds and Sheffield United chief executive, when they were all financially stricken - be appointed, instead.

But Andronikou argued that Birch and his firm, PKF, have a conflict of interest since they had previously been contracted to conduct audit work for Portsmouth. But the judge, Justice Norris, approved Birch's appointment.

Andronikou said he would complain to the ICAEW. But the institute would not be drawn on whether Andronikou had approached them.

In a statement it said: ‘Our disciplinary byelaws preclude us from commenting on whether any matter may or may not be the subject of consideration by our professional conduct department. Wh ere such consideration results in disciplinary action being taken then a public announcement is made.

‘Although we cannot comment on any individual matters, those same byelaws state that a member shall be liable to disciplinary action if he commits any act or default likely to bring discredit on himself, the Institute or the profession of accountancy.’

Complaints to the institute are also being considered by other accountants, theGuardian reported.

HMRC is owed around £2m in unpaid taxes by Portsmouth.