Barclays Holds Up Its Hand 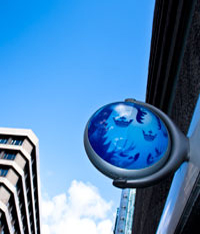 Barclays has issued a statement admitting that its disclosure to HMRC has earned it a hefty £500m tax bill.

This follows swift moves by the Treasury today to rush through legislation to prevent further use of similar aggressive tax schemes, which were disclosed to HMRC by Barclays.

Under DOTAS, the UK tax authority is able to keep up to date with what kinds of tax avoidance schemes are in circulation.

The bank said its decision to repurchase its debt ‘was based on guidance from professional advisers that the treatment was both legal and compliant with the tax code, and given others had used a similar treatment’.

‘Barclays also disclosed its participation in an authorised investment fund which is also legal and compliant with the tax code,’ the bank said.

In some circumstances, special rules may apply under DOTAS, in which the user of schemes is required to make disclosure to HMRC, and not the advisor.

The bank’s auditors, PwC, have previously earned fees in addition to their audit work, for tax advisory and compliance work.

Barclays could not comment on whether its auditor had advised the bank to take up the schemes.

Barclays’ disclosure prompted HMRC to work with government to change the tax laws retrospectively to prevent any company from using such treatment again.

The legislation, which will be in the 2012 Finance Bill, will also act retrospectively to block recent use by the bank and any other company engaged in similar schemes over the same period of time.

‘Barclays respects the decision of HMRC and the government to adjust the tax laws and will, of course, comply with the modified law once it is in place. The retrospective change in legislation enacted would not have a material impact on Barclays’ profits and would not cause Barclays to alter its Preliminary Results which were published on 10 February,’ the bank said.