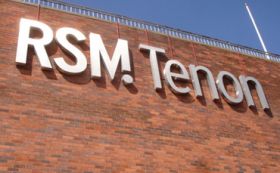 A £60M GOODWILL impairment charge has led to a £70m loss for RSM Tenon in its interim results.

The listed firm, which recently saw CEO Andy Raynor and chairman Bob Morton leave the business, saw revenues fall by 9.3% to £107.8m for the half year ending 31 December 2011. Pricing pressures and transaction-based services behind its expectations led to the fall in revenues.

An £11.4m loss was posted for the six months, compared to an £8.5m profit for the same period a year earlier.

The firm took a goodwill charge of £60.7m, and also restated previous accounts to reduce prior-year pre-tax profit by £12.1m, due to "significant errors and change in accounting policy", a statement to the stock exchange said.

Other issues included an error in recording employee bonuses that resulted in a reduction in the 2010/2011 profits by £3.7m, and errors relating to the amount recoverable on contracts.

"Our underlying business performance has been resilient in the face of a tough market environment," said RSM Tenon CEO Chris Merry.

"We have a clear action plan to drive near-term profitability and cash generation...RSM Tenon is fundamentally a sound business."

With too high a cost base following its acquisitions of RSM Bentley Jennison and a division of Vantis, a programme has been introduced to reduce headcount by 10%, and "rationalise" certain offices. Employment cost savings of £14m a year are predicted to come out of the headcount reduction. The upfront cost of the plans will be £6m.

Auditors PwC have issued a going concern warning against RSM Tenon. The firm is waiting for documentation to go through for an £88m banking facility with Lloyds Banking Group - with heads of terms agreed in principle.