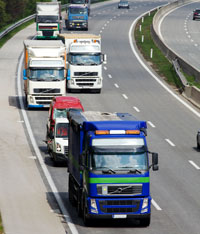 Motorists on remote British islands such as Orkney and the Scillies will benefit from a 5p per litre fuel discount at the pump from1 March 2012.

The news was announced by the Treasury after chief secretary to the Treasury Danny Alexander, said in November 2011 that the final EU thumbs up for the rural fuel rebate pilot scheme had been given and could go ahead this year.

The scheme has been eagerly embraced by some 90 businesses in the Inner & Outer Hebrides, Northern Isles, Islands in the Clyde and Isles of Scilly, since it opened for applications in January.

Danny Alexander said: ‘It’s terrific that islanders in Scotland and the Isles of Scilly will finally begin to see a cut in fuel prices after years facing higher costs. This will make a real difference to people who face the highest fuel costs in the country.

‘The government has shown the naysayers that real action is possible and this discount will deliver real benefits to motorists and businesses in remote island communities.’