Numbers of Accountants up but Fees Falling 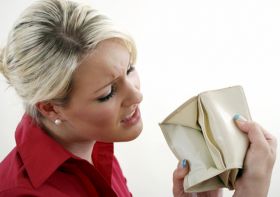 Membership of the accountancy profession is growing but fee income is falling, according to the latest annual report from the Financial Reporting Council’s Professional Oversight Board (POB).

The ninth edition of the POB’s Key Facts and Trends in the Accountancy Professionshows that in the UK and Republic of Ireland (ROI), the seven accountancy bodies have over 304,000 members and over 172,000 students. In 2010 membership grew by 3.1% while student numbers were up by 2%, compared to a slight decline the year before.

Worldwide membership grew by 3.6% in 2010 and the accountancy bodies now have 424,000 members and over 454,000 students internationally. The report says the overseas growth rate is largely driven by the strong growth of ACCA which has 49.7% of its members outside the UK and ROI compared with 46.1% in 2005.

The ICAEW continues to be the largest body in terms of its UK and ROI membership, while Chartered Accountants Ireland’s membership in the UK and the ROI continues to show the strongest growth with an average of 6.1% per year between 2005 and 2010. The memberships of ACCA and CIMA have also grown strongly over the same period at 4.2% and 4.3% respectively.

Paul George, director of auditing and the Oversight Board, said: ‘Despite the difficult economic conditions, the profession remains attractive with the overall number of members and students continuing to increase both in the UK and Republic of Ireland and worldwide. However, the economic downturn, in overall terms, is reflected in both the total fee income and audit fee income of registered audit firms.’