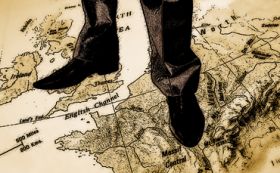 CFCs are based abroad but controlled by someone who lives in the UK; as a result, they are subject to lower taxes and the government is attempting to crack down on the artificial diversion of profits for tax purposes.

The proposals are intended to "better reflect the way businesses operate in a globalised economy" and try to walk the line between an attractive corporate tax system and cracking down on tax avoidance.

David Gauke, exchequer secretary to the Treasury, said the changes will make the UK more competitive "and ensure that the corporate tax regime is once again an asset for the UK".

The proposed rules change is aimed at:

• Targeting and imposing a CFC charge on artificially diverted UK profits, so that UK activity and profits are fairly taxed;
• Exempting foreign profits where there is no artificial diversion of UK profits; and
• Not taxing profits arising from genuine economic activities undertaken offshore.

Chris Sanger, head of tax policy at Ernst & Young, said the new rules are worth waiting for and will be welcomed by many in the business world. He highlighted proposals regarding intellectual property companies and finance companies as particularly positive, saying: "Today's consultation document shows a real intention towards making the UK tax system an asset and will play an important role in helping to meet the coalition's pledge of having the most competitive tax system in the G20."

Today's publication is based on discussions with business and a number of working groups; stakeholders have until 22 September to respond, with an open event being held on 8 July.

Draft legislation on CFC reform is due in autumn this year, with a view to implementing the new regime in 2012.