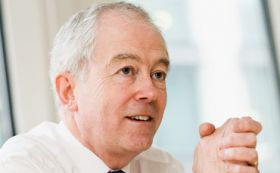 THE GROWTH of accounting services in China and Asia could in turn help break the oligopoly of the Big Four firms.

Talking to Accountancy Age, incoming ICAS president Sir David Tweedie said that attempts to intervene in the audit market were less than likely to succeed.

Instead, the growth of the Asian market was the best chance to break the Big Four's stranglehold on major audits. The next ten years could see entrants from China take on PwC, KPMG, Ernst & Young and Deloitte.

Once they gain mass within their local market, these new firms could acquire practices abroad as part of helping out their clients outside of Asia.

Sir David also voiced concern about the length of time that firms remain in situ as auditors. Rotating lead audit partners is not enough, he told the FT.