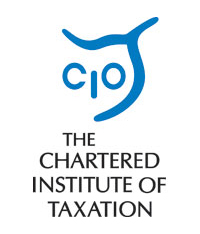 Higher charges for UK holders of undeclared Swiss bank accounts are on the cards as a result of Switzerland and Germany’s recently agreed tax treaty changes.

That’s the warning from Gary Ashford, who represents the Chartered Institute of Taxation on HMRC’s Compliance Reform Forum.

Ashford, said: ‘The changes announced to the Swiss-German deal open the door to more changes to the UK-Swiss agreement. We have seen much criticism of this deal in the UK, and I would be surprised if ministers here do not take the opportunity to ramp up the tax charges under the deal.

The window of opportunity for the changes to be actioned - by the end of April 2012 - were written into Article XVIII of the Protocol, signed on 6 October 2011.

‘Further recently proposed changes to the UK-Swiss agreement in relation to inheritance tax could mean that the executors of a UK citizen holding funds in Switzerland who dies sometime in the future could face tax charges of 40% of the fund, on top of the potential 34% which may have previously been taken. There are therefore many more “teeth” in the current UK-Swiss deal, and given the announced changes in the Swiss-German deal, those teeth could well be sharpened even more.’