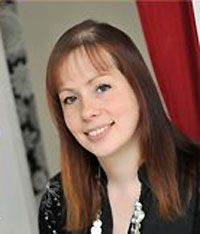 Following in the footsteps of the WI, a group of accountants are getting in on the nude calendar act.

Organised by Jenni Frost (pictured), partner at Farrant Frost, the calendar is recruiting brave hearted souls through the pages of the AAT Forum and even has its own Facebook page.

So far, more women have stepped forward than their male counterparts.

One male chartered accountant – who will remain anonymous to spare his managing partner’s blushes - was up for the challenge, but had his courageous volunteering stance black-balled by his boss, just in case it might be deemed too unbecoming.

‘I’m a complete virgin when it comes to taking my clothes off in front of a camera but am looking forward to it,’ he said. He was persuaded to swap lectures on GAAR to causing possible gasps by a student.

Any accountants interested in stripping off for charity and concealing their important assets with a bought ledger or oversized calculator can get in touch through the AAT forum.

The other charity is the Ronald McDonald House Charities.

The calendar is expected to be shot in the summer – with one of men and one for the fairer sex - and will be ready in time for Christmas. The venue for the photoshoot has not been decided as yet.