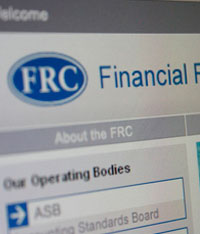 The former finance director of Worthington Nicholls Group plc, Timothy James Hunt, is being investigated by the Accountancy & Actuarial Disciplinary Board (AADB).

Hunt has been called before an open disciplinary hearing about accounting errors and misconduct dating back to 2007.

The allegations are in connection with the preparation and approval of the interim financial statements of Worthington Nicholls Group plc for the six months ended 31 March 2007.

Worthington Nicholls, an airconditioning company, floated on AIM in June 2006, and shares reached 195p in April 2007. However, in June 2007 the company reported an unexpected interim loss and then said that it had given incorrect information on its business prospects. The company ceased trading later that year.

The AADB investigation will determine whether there is evidence of misconduct. Disciplinary complaints filed following an AADB investigation are heard by an independent tribunal which normally sits in public. Sanctions range fr om an unlimited fine to exclusion from membership of a professional body and withdrawal of practising certificates or licenses.

The hearing will take place at The International Dispute Resolution Centre Lim ited, 70 Fleet Street, London EC4Y 1EU from 11.30 on 14 May 2012.