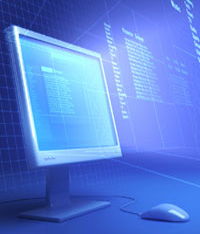 A growing section of the UK business community is suffering from ‘digital exclusion’ says research from the Low Incomes Tax Reform Group (LITRG).

The group says mandatory pressures such as compulsory online filing of tax returns by businesses, unduly affect micro-businesses, older people, the self-employed and those with disabilities.

The report shows that ‘many micro-businesses and self-employed people operate effectively in business without a computer, far less an internet connection’.

Conducted in conjunction with three advice charities - Tax Help for Older People, Tax Aid and the Migrant Resource Centre – the report found that nearly half of those seeking help on tax and tax credit issues did not have access to a computer.

Of those without access, less than a quarter would like to carry out personal business online, even if barriers such as affordability could be overcome. Age was deemed the most common factor, but low income, disability, learning difficulties, ethnic origin, location, culture and language were also cited as key factors. The digitally excluded are likely to be disproportionately heavy users of government services.

It also reveals that digital exclusion is prevalent among small businesses and the self-employed. The proportion of those with disabilities who work and are self-employed is higher than in the general population. A significant minority of micro businesses are run by older people.

There was a tangible ‘lack of inclination and expertise’ by those surveyed for not wanting to carry out personal business online. Doubts over security and affordability were also significant deterrents.

Anthony Thomas, president of CIOT and chairman-designate of LITRG, said: ‘To encourage people into digital, online services should be made as simple as possible, must be accompanied by easy to access guidance and customer support, and must be robust and secure.’

Savings from reduced service delivery costs should be reinvested in intermediaries such as the voluntary sector who help those ‘willing but always needing help’, he added.