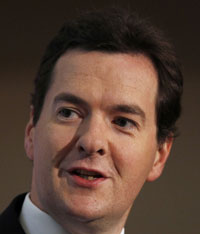 Chancellor George Osborne has announced a £30m Budget U-turn on his deeply unpopular plans to slap 20% VAT on church improvements and alterations.

Osborne has now vowed to offer 100% compensation for places of worship hit by the ‘heritage tax’.

He reached an agreement with the Church of England to provide the funds in the form of a grant.

The move comes after he announced in his March Budget that the Treasury would impose VAT at 20% on alterations to listed buildings – currently exempt from the tax.

It was designed, the Treasury said, to stop millionaire country-house owners installing new swimming pools and claiming back the VAT from the government.

But it backfired on the government when it became apparent the scheme would lead to churches being left with a multi-million pound yearly bill.

Osborne told the Commons: ‘I can confirm today that we have reached an agreement with the Church. The government will provide £30m of grant to the Listed Places of Worship scheme.

‘We think it will deliver 100% coverage for repairs and maintenance as well.’

The Church of England has warmly embraced the agreement over the future funding plans for repairs to its 12,000-plus listed buildings.

The Listed Places of Worship Grant Scheme (LPWGS) will enable the equivalent to the VAT bill to be paid out on all alterations and repairs to listed church buildings.