Consumer Spending Up As Pace of Declining Home Prices Slows 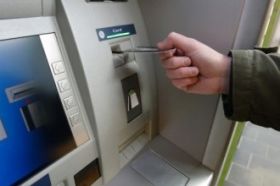 The Deloitte Consumer Spending Index has posted another monthly increase in April as the pace of falling new home prices slowed.

“The Index has been undergoing a mix of changes as housing, energy prices and unemployment tip back and forth each month” explains Carl Steidtmann, Deloitte’s chief economist and author of the monthly Index. “On the positive side, some stability in home prices over the last two months helped the Index move upward. However, with a jobless recovery, falling incomes and rising savings rates, consumer spending growth may turn sluggish.”

Real consumer spending posted a small rebound in the first quarter due to a rise in auto sales driven by a significant reduction in the quality of auto lending.
A significant decline in driving may be having an impact on retailing. Over the past 12 months through February, miles driven are down 1.1 percent from a year ago. There have only been three periods of declining driving in the past 40 years: 1973 — 1974; 2008 –2009 and now. Higher energy prices are one factor, but increased consumer spending over the Internet and more telecommuting must be playing a role as well.

Despite an improvement in the real price of new homes, it will likely be a long time before prices begin rising. Simultaneously, the steady decline in jobless claims has reversed.

“Retailers may not be able to sustain that early demand due in large part to the economy’s tepid performance. Some of retailers’ strongest weapons to drive store traffic, conversion and loyalty are likely to come from digital technologies. Retailers are finding ways to influence in-store sales through targeted, personalized mobile offerings as consumers use their smartphones more frequently while shopping. Some retailers are taking it a step further,equipping store associates with devices in the point-of-sale process.”

The tax burden fell slightly this month. The significant rise in tax refunds has given a boost to household cash flow and temporarily pulled down the tax rate.

The decline in claims has stabilized and reversed in recent weeks, and initial unemployment claims are up more than 12 percent from a year ago.

With energy prices rising, real wages continue to fall, and are down 0.9 percent from this time last year.

Prices fell slightly in the most recent month, and are down 1.45 percent from a year ago. A slowdown in the pace of real home prices is a positive as it becomes less of a drag on the Index.

The Index tracks consumer cash flow as an indicator of future consumer spending.