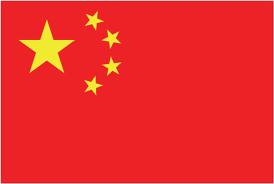 The representative from all the different bodies and countries discussed matters pertaining to IASB Emerging Economies Group.

It must be noted that the Emerging Economies Group of the IASB was set up in Beijing, China. The EEG was set up to improve the emerging nations influence in the International Financial Reporting Standards development procedure. The EEG has also been established to respond to the recommendation made by G20 to encourage emerging nations to get more involved in setting standards. The EEG primarily focuses on identifying specific matters from economies that are emerging and bringing forth the same before the International Accounting Standards Board through consistent communication.

In addition to this, discussions were also held on topics related to SMEs as well as the liaison office of IFRS Foundation Asia-Oceania that was inaugurated in Tokyo in the month of October in 2012. The representatives were also provided with updates on numerous International Accounting Standards Board projects.

After considerable amount of discussion, the representatives came to a consensus where they resolved to show full cooperation with each other for:

The representatives will meet next in Japan in the year 2013.