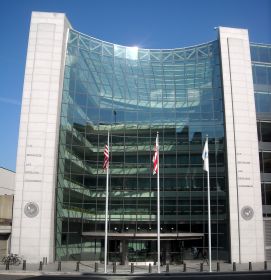 The auditor at the Chinese-based software company Longtop Financial Technologies has quit and the Securities and Exchange Commission in the United States has opened an inquiry, the company said.

The case deepens concern about possible accounting irregularities at Chinese companies. The S.E.C. has created a task force to investigate fraud by non-American companies listed on United States exchanges. Longtop went public in 2007 in an offering led by the Goldman Sachs Group and Deutsche Bank.

Longtop had a $1.08 billion market value before trading was halted in New York last week.

The company, based in Xiamen, China, makes software for Chinese financial services companies. It is among the largest of several Chinese companies, including China MediaExpress Holdings, that were hit recently by accusations of accounting fraud, including from short-sellers or regulatory inquiries.

According to Longtop, Deloitte said that its resignation stemmed in part from “recently identified falsity” in Longtop’s financial records, as well as “deliberate interference” by Longtop management in the audit process. Longtop also said Deloitte could no longer rely on its previous audit reports for the company.

Longtop said it would cooperate with the S.E.C., and had hired legal counsel and was about to hire forensic accountants.