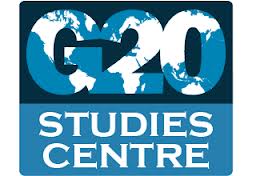 An official letter has been issued by the Ministers of Finance and the Central Bank Governors of G20 after their meeting that was held on the 4-5th of November. The letter outlines the concerns regarding the snail paced progress being made in the direction of acquiring one set of accounting principles.

In their letter, they also clarified that IASB and FASB to fulfill work related to creating accounting standards quickly and report the same in their upcoming meeting. On the other hand, even the Financial Stability Board also issued a report during the meeting. This report consists of accounting principles convergence. The report also throws light and clarifies the progress that has been made by the International Accounting Standards Board and Financial Accounting Standards Board, pointing towards the recent progress made in the direction of close alignment in the measurement and classification of finance related in instruments. In addition to this, the report complains about the shortage of convergence on the impairment of finance related instrument. It also throws light on the concerns highlighted by the Financial Stability Board.

The report stated that provision of loss for finance based instruments is very important for being financially stable. Final FASB as well as IASB standards must result in enhanced provision related practices, which further consist of a broad range of credit related information that is available as opposed to existing practices in order to recognize loss of credit in portfolios of loan at an initial stage.

The official report issued by the Central Bank Governors of G20 and the Ministers of Finance as well as the report released by the FSB discuss several other issues that focus on enhancing the resilience of the finance based system in view of the financial downturn. The official report also clarifies that a report on the issue will be issued again in 2013.