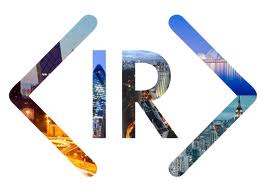 The IIRC has released a Prototype of the International Integrated Reporting Framework. This has been considered as a major step in the direction of publishing of version 1.0 of the structure in 2013. The release represent a signification move that will help in demonstrating progress made in the direction of defining key principles and causes, which underpin and assist an entity’s ability to come up with a report that is integrated.

The International Integrated Reporting Council also mentioned that they are right on track when it comes to publishing a formal consultation related draft of the reporting framework and would release the same in the month of April in 2013. The full version 1.0 would be issued in the month of December in 2013. There has been an increase in the momentum pertaining to integrated reporting and the prototype will assist companies as well as others embarking on their Integrated Reporting journey by simply laying down the important considerations which are crucial for integrated reporting.

Even though, the IIRC is not a part of the consultation procedure, it would appreciate the feedback that stakeholders provide on the framework. Integrated Reporting is the language that businesses use to narrate a clear and crisp description of the manner in which they are able to successfully produce value over a period of time, using the important elements of creating value. More than eighty businesses as well as twenty five investors hailing from over twenty nations are a part and parcel of the International Integrated Reporting Council’s pilot programme, which is essentially a hub for innovation and is conducting tests pertaining to application of IR and further contributing towards the growth of the framework.

Paul Druckman, Chief Executive of the IIRC stated that by issuing the prototype they are encouraging companies to initiate the testing procedure of the IR principles and further conducting an evaluation to find how relevant and applicable they are. Druckman further mentioned that they have struggled a lot and then understood that their governance, reporting based systems and capital market should evolve so that financial stability and focus can be improved and it is IR that would help them achieve this goal easily.