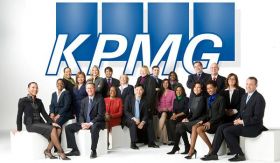 Michael Andrew, 54, has been elected Chairman of KPMG International. He will lead the KPMG global network of professional services firms providing Audit, Tax, and Advisory services for a four-year term, effective October 1, 2011. He succeeds Timothy P. Flynn, who announced in January that after 32 years with KPMG, he would retire when his term as Global Chairman expired at the end of September 2011.

Michael Andrew, who will be based in Hong Kong, is currently Chairman of KPMG Asia Pacific and also of KPMG Australia; he was elected to his new role unanimously by KPMG International’s Global Board and Council. In his 27 years with KPMG, Andrew has had broad experience in emerging markets, both in Eastern Europe and Asia Pacific, and has been a key driver of the Australian firm’s robust growth. In recent times, he has been one of the architects of KPMG’s global strategy.

Beginning in 2005, Flynn was elected to a five-year term as Chairman and CEO of KPMG LLP, the U.S. Audit, Tax, and Advisory firm. In addition, in 2007 he was elected as Chairman of KPMG International for a four-year term.