Anti-Offshore Bill Reintroduced In US Congress 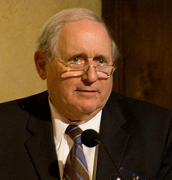 Stating that the US “can’t afford offshore tax abuses that are robbing the Treasury of USD100bn in lost revenue yearly and increasing the tax burden on honest, hardworking Americans,” this is the fifth Congress in which Levin has introduced a comprehensive bill to combat what he has defined as offshore and tax shelter abuses.

A number of provisions from past bills have made it into law, and, in particular Levin’s efforts also helped spur enactment of the Foreign Account Tax Compliance Act (FATCA), which is intended to obtain information on overseas investments by US residents, and which is, currently, much debated for its onerous requirements on foreign financial institutions. Interestingly, President Obama, when he was a member of the Senate, co-sponsored Levin's offshore tax bills in 2005 and 2007.

The bill is a product of the investigative work of the Senate subcommittee which Levin chairs, and its 61 pages contain a multitude of proposals, including a strengthening of the FATCA’s provisions and an authorization for the Treasury Secretary to take special measures against foreign jurisdictions or financial institutions that “impede US tax enforcement”.

A section of the bill would create rebuttable presumptions to help the Internal Revenue Service (IRS) to establish ownership and control of offshore entities. Non-publicly traded offshore entities would be treated as controlled by the US taxpayer who formed them, sent them assets, received assets from them, or benefited from them, unless the taxpayer proves otherwise.

Another provision would treat foreign corporations that are publicly traded or have gross assets of USD50m, and whose management and control are located primarily in the US, as domestic corporations for tax purposes.

Another provision would close an existing tax loophole that allows credit default swap (CDS) payments to escape taxation if sent from the United States to persons offshore, such as an offshore hedge fund or foreign bank. The bill would treat CDS payments sent offshore from the US as taxable US-source income.

In addition, the deposits that are supposedly kept offshore by foreign subsidiaries of US corporations but, in reality, are deposited into accounts physically located in the US, would be deemed, by the bill, as taxable distributions by the foreign subsidiaries to their US parents, while multinational corporations would be required to include basic information on a country-by-country basis in their filings with the Securities and Exchange Commission.

As Levin’s previous attempts to pass such clauses have met with fierce resistance from major business organizations, and from the Republican party, it is not clear that the new bill will meet with any more success than its predecessors, especially given the Republican majority in the House of Representatives.

In fact, Andrew Quinlan, President of the Center for Freedom and Prosperity, responded to the new bill by pointing out that it would not only fail in its stated purpose of raising new revenues, but would also reduce investment in the US, increase burdens on American companies and, thereby, cost jobs.

“This is the same old tune from Senator Levin,” said Quinlan. “For years he has seemingly made it his primary objective to place Americans at a competitive disadvantage when it comes to foreign investment and US corporations competing overseas. Despite pushing this legislation under the false flag of increasing revenue, his bill would drive out foreign capital and end up reducing revenue.”

While also disputing the contentious figure of USD100bn per year in lost revenue, he added that, “rather than spreading the tentacles of the IRS even further, lawmakers should look toward reforms that will increase American competitiveness, create jobs and improve the economy. The US should adopt the common-sense principle of territorial taxation, which means only taxing income earned within the territory of the US, and reduce the exorbitant and uncompetitive 35% corporate tax rate.”