HMRC Must Back up Collaboration Claim 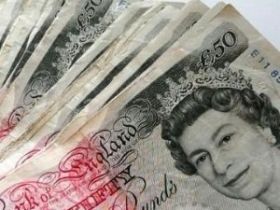 THE TAXMAN'S emphasis on collaboration in settling tax disputes must be carried out in practice, advisors have said.

HM Revenue & Customs issued its revised settlement and litigation strategy today. It promises to "handle disputes non-confrontationally and by working collaboratively with the customer whenever possible". This will not deter HMRC fr om pursuing litigation or other approaches if collaboration is not working.


Dave Hartnett (pictured), permanent secretary for tax, said that HMRC will not involve itself in "package deals", trading unrelated points against one another, or reach a settlement less than the tax and penalties due in cases that are "all or nothing". However, the Taxman will consider whether or not there is a possible range of figures for tax due in cases that originally appear to be all or nothing.

Avoiding dispute must be the priority of both HMRC and the taxpayer, Hartnett added. However, where there are wider implications, such as setting a precedent, this will take priority.

Gary Ashford, head of tax investigations at RSM Tenon, said that HMRC must "appreciate that collaboration is a two-way process".

"HMRC is emphasising that it will not do 50-50 deals," he added. "But there is scope in life to meet somewhere in the middle. I can understand why it does not want to end up in the 50-50 situation but it can be a pragmatic approach.

"The proof is in the pudding. If HMRC starts an inquiry, from the initial contact it must be an open and collaborative approach. This strategy can be used for that."

Chris Oates, head of Ernst & Young's tax dispute and resolution team said the announcement "marks an important step towards clearing HMRC's backlog of over 2,700 historical tax disputes with the UK's largest PLCs, some of which have been ongoing for over 10 years".

"In recent years, litigation appeared to have become HMRC's default approach to resolving significant tax disputes – particularly wh ere tax avoidance might have been a motive – resulting in a queue of cases waiting to go through the courts," he added.

"The updated strategy heralds a more pragmatic approach through greater dialogue, negotiation, and potentially mediation. It should also help bring some much needed cash into Treasury coffers."