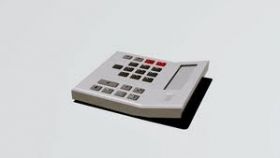 From new studies it is proposed that adopting the conservative accounting philosophy a company’s ability to innovate is hampered. As conservative accounting style requires minimizing the risk by recognizing all probable losses they come to attention, most expenditure as they are incurred and recognizing profit after extensive verification. Revenue will be deferred until it is verified and overestimating an allowance for doubtful accounts can give a more accurate picture of recoverable receivables given a specific financially viable position etc

Does Accounting Conservatism Impede Corporate Innovation? For the answer study was carried out and patent citation is used as a substitute for innovation, and tracked the patent filings and citations of tens of thousands of U.S. public companies from 1976 to 2003. They stated that through extensive study they have found that the firms with a strict adherence to accounting conservatism produce less patents and patent citations. Furthermore, the cash flows generated by the innovations in firms adopting conservative accounting style have less scope, said by the authors, Gilles Hilary of INSEAD in France, Xin Chang and Jun Koo Kan of Nanyang Business School in Singapore, and Wenrui Zhan of Xiamen University in China, in their recent study.

Co-author Hilary mentioned, in an interview with Bloomberg, recognizing bad news right away and writing down losses immediately as the most common example of conservative accounting.

As per author the negative aspects of accounting conservatism are more prominent when there is a need for innovation exits within the firm and CFO’s compensation is contingent to accounting performance.

He also added that the study even allowed them to identify the innovation insufficiency at companies run by chief executives on the edge of retirement whose remuneration was closely tied to short-term financial performance goals. Hilary also stated that for CEOs in this position, the common tendency was observed that there was a reduction in R&D spending to make their performance better in the short term, expecting that such an attempt would satisfy the investors by increasing the share price.