Expansion of Identity Theft Program to the Whole Country 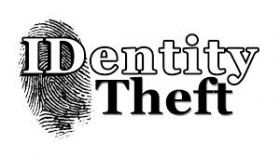 Identity theft assistance program helps the law enforcement authorities to review the taxpayer’s tax return. This service is provided by Internal Revenue Services (IRS).This service is provided in United States of America. It helps to identify the people who commit tax fraud or invade tax. Recently IRS has expanded this service to many other states. In just three days, IRS received 1560 new requests.

IRS has resolved and closed about 200,000 cases in the current year. These cases are in addition to identity protection PIN and IP PIN. During the last year, more than 670 such criminal cases were opened. The punishment announced by the court for this offence was imprisonment for 4 years to 20 years. IRS shall provide the local tax authorities the fraudulently filled federal tax return by the consent of identity theft victim. A special IRS disclosure form shall also be attached with tax return. A disclosure form shall then be communicated to the criminal investigation department along with a copy of police challan and report for further proceedings. There is a restriction in the laws of United States on sharing of taxpayer’s information except to state and local tax authorities to identify the defaulter. Disclosure form shall only be provided to the law enforcement officer who requests it. Disclosure document shall not be provided to the individual taxpayer.

During the first month of current year, IRS identifies 738 suspects including 298 arrests, complaints and indictments. IRS has established three different strategies that include:

This program has the ability to resolve tough problems of identity theft situation and really act as an advanced tool for law enforcement agencies. Expansion of this program accommodates the entire nation. When everyone pays tax, more revenue is generated and which is used for the betterment of the country.