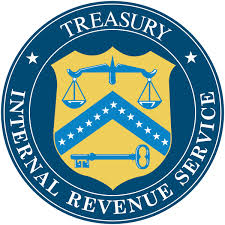 Indications of tax fraud are not appropriately identified by the Internal Revenue Service in many cases. As per recent report, at least millions of dollars in potential fraud penalties are foregone.

The above referred report is issued by Inspector General for Tax Administration. The report elicits that IRS is possibly omitting to further promote voluntary compliance and enhance revenue. TIGTA has reviewed a sample of 100 office audits for the purpose of this report which lie between October 2009 and September 2010. These samples involve high-income and sole proprietor taxpayers agreeing they owed additional taxes of at least $10,000. After studying the sample it was identified that 26 out of 100 audit reviewed were the indicators of fraud that were inappropriately investigated and recognized according to a few IRS procedures and guidelines.

It was agreed by the IRS with the result and outcome evaluated by the TIGTA which has shown that fraud was not sufficiently recognized and investigated in all 26 of these audits. According to the estimates of TIGTA the additional assessments accumulated that around $5.8 million in civil fraud penalties may have been evaded by taxpayers.

“The failure to accurately identify and appropriately investigate indicators of fraud is a serious concern,” said TIGTA Inspector General J. Russell George stated in his report. He further added, “Civil fraud penalties should be considered when appropriate because they discourage taxpayers from willfully underreporting substantial tax liabilities.”

TIGTA’s findings show that additional measures are required to be taken at the examiner and first-line manager levels in order to make sure that potential fraud is appropriately considered and sufficiently investigated, as there are layers of management controls in place to guide examiners through the consideration of fraud.

So the IRS is planning to intervene and take remedial measures for both recommendations. Whilst according to TIGTA the IRS’s planned corrective measure for one of the recommendations insufficient and it is probably to be ineffective.