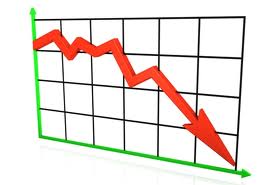 During the financial crises, three major banks faced immense failure, these banks belonged from Germany. There have been several factors which indicated the causes of failure of three German banks. Major light has been shed upon the failure by Oana M. Georgescu and Christian Laux who analyzed the failure in their research paper recently published.

Now, major debate has been aroused regarding the role of accounting and fair value accounting in general and particular respectively for financial harmony.

Most strong claim which has been made was regarding the recognition of banks’ assets at fair value and which perhaps, having led to the failure of the banks.

While making comparison between HGB and International Financial Reporting Standards (IFRS), they mainly differ at the impairment rules, two reporting categories (fixed and current) are distinguished by HGB. Both authors make their conclusions regarding the failure and explain that it was the use of historical cost accounting regulations which led to the demise of European Banks.

While looking at the examples it is pretty evident that banks would have been in a safer zone if they had their regulations based on historical cost alone. The analysis presented detailed and systematic approach regarding the causes of failure.