Debt Ceiling: Big Deal or Not? 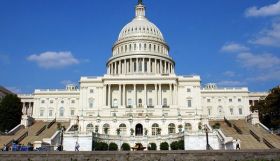 With the calendar moving closer to August 2, the day that the U.S. government will run out of funds to pay its obligations if Congress doesn't raise the federal debt ceiling, finance executives may need to prepare for the worst. But the possibility of the government defaulting on its debt is keeping only some CFOs up at night, it seems.

According to a recent survey by the Association of Finance Professionals, only about half of finance executives think the issue is of high importance, the same proportion planning to take some action should a default occur.

President Obama and Congress are currently embroiled in efforts to create a short-term fix to the debt-ceiling problem with long-term potential to fix the federal deficit. The latest plan, submitted by a bipartisan group of senators known as the Gang of Six, calls for big changes in the tax code aimed at reducing the deficit over a decade, with proposals for lower corporate and personal tax rates but fewer tax breaks. That has been met with positive reactions from politicians and businesspeople alike, with the Business Roundtable, which has been active in lobbying on the issue, issuing a statement in support of that plan.

Finance chiefs are largely in favor of a long-term budget fix, with 70% deeming the issue of high importance in the AFP survey. But many are skeptical that such big changes could be hammered out by the deadline and are planning accordingly. One of the most obvious effects of a default would be an increase in the cost of credit, which is typically linked to the pricing of Treasury securities. About a third of those surveyed see a default pushing up the costs of bank credit and debt financing; about 20% expect reduced availability of such financing.

The lack of credit and other effects of a debt-ceiling impasse could have a big impact on corporate strategy at some companies. Over half of those surveyed by AFP say they will take at least one action along the lines of reducing capital expenditures, lengthening payment cycles to vendors, or cutting staff and hiring plans.

The wrangling over the budget deficit "makes planning extremely, extremely difficult right now," says Donald Kish, president and CFO of North Coast Container, a small family-held steel-container maker based in Cleveland. He says his company is holding off on both capital investments and hiring as it waits to get a clearer picture of the budget situation. A weakening of the United States's financial strength would push down the value of the dollar, likely pushing up the price of steel, one of North Coast's largest cost components. And the company's ability to pass additional costs along to customers is tenuous.

Kish was one of more than 400 top executives (and one of only three CFOs) who signed a letter sent last week to members of Congress urging them to raise the debt cap. "It is critical that the U.S. government not default in any way on its fiscal obligations," they said in the letter, posted on the website of the Business Roundtable. The letter noted the potential ripple effects on the cost of financing for both companies and consumers, a situation that could release "a host of unintended consequences."

Corporate treasurers may also shift their holdings of U.S. Treasury bonds, now held in about 60% of corporate portfolios. According to the AFP, close to a quarter of those currently holding Treasury securities say they would shed some or all of them, while another 28% say they wouldn't sell any but wouldn't buy any more, either. That could exacerbate credit problems by further weakening the value of the securities.

While the exact nature of a potential compromise between the White House and Congress is evolving, Kish, for one, is not optimistic about a solid package for long-term debt reduction. "My feeling is they'll kick the can down the road, just like every other Congress has done," he says.