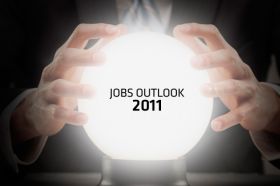 Fresh doubts have been raised about the economy's ability to absorb quickly the thousands of public-sector workers who will soon be made redundant as a result of spending cuts.

Across the economy in October, staff appointments rose at their weakest rate for 14 months, according to the latest Report on Jobs from the Recruitment and Employment Confederation and the accountants KPMG. The report also shows that growth in vacancies hit a one-year low last month and that there has been an increase in the number of permanent candidates looking for work.

Bernard Brown, a partner and head of business services at KPMG, said: "Many public-sector organisations have now started redundancy programmes, or at least imposed hiring freezes, and at the moment the private sector is not creating new jobs in sufficient numbers to offset this public-sector downturn. Employers across all sectors are more wary about taking on new staff."

And, after a remarkable recovery in the middle months of this year, the construction sector seems poorly placed to hire more staff and is set for a marked double-dip recession. The Chartered Institute of Purchasing and Supply said its headline confidence index slipped from 53.8 to 51.6 between September and October. Although above the neutral 50 mark, the readings on housing and employment are especially weak. Expected deep cuts in public programmes are depressing the sector.

Meanwhile, the Chartered Institute of Personnel and Development stood by its prediction that the deficit-reduction programme would cost 1.6 million jobs by 2016, despite hostile questioning of its chief economic adviser, John Philpott, by MPs. Professor Philpott, who was told he possessed the forecasting skills of a "dead octopus", told the Treasury Sel ect Committee that growth for the next two years would be insufficient to generate enough jobs.

Government plans for creating jobs through local enterprise partnerships (LEPs) were also undermined by the leak of a letter fr om Mark Prisk, the minister for business and enterprise, to his Secretary of State, Vince Cable, declaring that the policy could be "a failure in large parts of England". The CBI's chief economist, Ian McCafferty, added that the LEPs "lack sufficient scale and resources".

Shop prices hit their highest levels last month since January, driven by a spike in food and clothing costs.

The annual rate of shop price inflation jumped to 2.2 per cent in October, compared with 1.9 per cent in September, according to the Nielsen-British Retail Consortium survey. The rising price of cotton lifted non-food price inflation to 1.1 per cent; the soaring wheat costs raised food prices to 4.4 per cent.

Stephen Robertson, director general of the BRC, said: "Wheat is up 47 per cent compared with a year ago, affecting the price of staples such as bread – and some meat products."