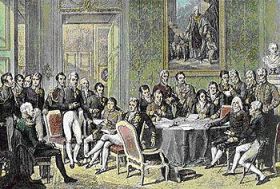 The House Ways and Means Committee held a hearing to weigh the pros and cons of two different consumption tax models: the value-added tax and the FairTax.

One of the speakers at Tuesday’s hearing was former Arkansas Governor and Republican presidential candidate Mike Huckabee, now a commentator for Fox News.

“Under the FairTax, no one would be taxed—that is, penalized—for their work, investments, savings, or earnings,” he said in his prepared testimony. “After all, we want people to work, save, invest, and create capital, so we should cease to penalize it at all. Income tax rates would be zero. Corporate tax would be zero. Payroll taxes would disappear. Savings and investments would no longer be subject to complicated tax codes. The tax rate on capital gains would be zero. There would be no paycheck deductions. We could and should then eliminate the IRS. The FairTax would shift taxes from what we earn to what we buy—to a consumption tax. We would pay taxes when we bought something at the retail level that was new and therefore had not already been subject to the tax. You only pay taxes when you purchase something new, whether it's a product or it's a service.”

Laurence Kotlikoff, a professor of economics at Boston University, and David Tuerck, chairman of the economics department at Suffolk University, spoke in favor of the FairTax as well. They presented testimony about research they had done under contract for the group Americans for Fair Taxation, although they emphasized they were no longer under contract or being paid for their testimony. They argued that the FairTax could be considered a progressive tax.

“The FairTax would replace the federal personal income tax (including the capital gains and the alternative minimum tax), the corporate income tax, the FICA employee and self-employment tax, and the estate and gift tax with a retails sales tax levied on consumption goods and services,” they said. “H.R. 25 specifies an effective (tax-inclusive) rate of 23 percent—a rate set to maintain revenue neutrality. To ensure that those living at or below the poverty line pay no sales tax, on net, the FairTax provides all families with a monthly demogrant, also called a prebate, whose size depends on the family’s composition. This feature transforms the FairTax from a proportional tax to a progressive tax.”

Speaking out against the FairTax was Bruce Bartlett, a columnist for Tax Notes and The Fiscal Times, and a contributor to The New York Times.

“I just don’t think it will work,” he said of the FairTax. “It is the most pie-in-the-sky major tax reform I have ever heard of. Even by tax policy standards, it is grossly complex, a virtual Rube Goldberg contraption of pieces that are unworkable individually and become exponentially more unworkable as they are layered on top of each other. The idea that this is a simple form of taxation is nonsense.”

He noted that he generally favored consumption-based taxes in principle, but he objected to the FairTax and other witnesses’ testimony.

“The FairTax would abolish virtually all federal taxes, including the payroll tax and the income tax, and replace them with a 23 percent retail sales tax like those levied by the states,” he noted. “Indeed, the states would actually be required to collect the tax for the federal government, thus allowing for abolition of the Internal Revenue Service. To relieve the burden on the poor, everyone would receive a monthly rebate on the tax equal to the tax rate on a poverty level income. FairTax supporters are well financed. They have no difficulty buying the services of academics like Prof. Kotlikoff to produce studies on their behalf. FairTax supporters are also evangelical in the belief that their plan will be an enormous blessing for Americans not to have to file income tax returns or keep all the associated financial records. As Gov. Huckabee has said, ‘When the FairTax becomes law, it will be like waving a magic wand releasing us from pain and unfairness.’”

Bartlett noted that the true rate would not be 23 percent, but would be closer to 30 percent. The FairTax would also apply to all government spending, and would prompt many state and local governments to raise their taxes. Both new home sales and rent would be subject to the FairTax, he pointed out, but mortgage interest and local property taxes would not be deductible.

Among the panelists testifying about the value-added tax was Michael J. Graetz, who compared it favorably to the FairTax.

“The promise of FairTax advocates to eliminate the IRS and turn the assessment and collection of virtually all federal revenues over to the states is just a political ploy, a fanciful illusion,” he said. “How can Americans believe that the federal government can collect trillions of dollars of taxes annually without a tax collection agency? However, to the extent that the revenues from either a VAT or a retail sales tax are used to remove individuals and families from the income tax rolls—as my Competitive Tax Plan does for 150 million Americans—April 15 will become just another spring day.” He believes the U.S. could readily administer and comply with a VAT.

Robert Carroll, a principal in Ernst & Young LLP’s Quantitative and Economics Statistics Group and Center for Tax Policy, noted that more than 150 countries rely on a VAT, and in these countries VATs account for nearly one-fifth of total government revenue. “A broad-based VAT that replaces the worst features of the income tax has the potential to provide significant economic benefits. A VAT is fundamentally a tax on consumption and does not tax the return to saving and investment. The nation’s output could be increased in the long-term by reducing the tax on saving and investment and by more even or economically neutral treatment of economic activity.”

The revenue from an add-on VAT could be used to reduce the deficit, putting downward pressure on long-term interest rates as deficit-financed government spending would be replaced with VAT-financed government spending, and deficits that would otherwise crowd out private saving would be reduced, according to Carroll’s research. Lower long-term interest rates would reduce the borrowing costs for both households and businesses.

James R. White of the Government Accountability Office presented an updated study of value-added taxes for the hearing, based on an earlier report from 2008 outlining the potential lessons for the U.S. from other countries’ experiences in Australia, Canada, France, New Zealand and the United Kingdom.