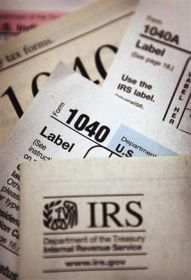 Taxpayers will be able to examine the qualifications of paid tax-return preparers in a database being built by the Internal Revenue Service that may be available as soon as 2013, according to congressional testimony by an IRS official.

The database is part of the phased-in regulation of tax preparers that began in 2010 with a requirement that they register with the IRS and obtain an identification number. Over the next two years, paid preparers will be required to pass a competency test. They will also need to take annual continuing education courses unless they are in professions, such as accounting and law, with their own professional standards.

“The goal is to ensure that taxpayers receive top quality service from this important industry,” David Williams, director of the IRS Return Preparer Office, said in a statement before the House Ways and Means Committee's oversight subcommittee.Williams said the database will contain the names, addresses and professional qualifications of tax preparers, along with any publicly disclosed professional disciplinary actions.Paid tax preparers handle about 60 percent of all tax returns filed annually.About 717,000 paid preparers have registered with the IRS so far.

Williams said the agency does not know the total number of paid preparers. Earlier this month, the IRS said it is contacting about 100,000 preparers who worked on returns this year and didn't comply with registration requirements.

Subcommittee chairman Charles Boustany, a Louisiana Republican, said he is concerned that the IRS isn't doing enough to publicize its efforts.Boustany urged the agency to “conduct outreach to ensure that return preparers and taxpayers alike know and understand the new requirements.”He also said there have been “no basic competency requirements for tax-return preparers. Practically anyone can prepare a federal tax return for any other person for a fee.”

The federal government decided to regulate paid preparers after identifying a troubling level of errors on tax returns they handled. In a 2006 report, the Government Accountability Office had tax returns prepared at 19 outlets of tax-preparation chains across the country. “In all 19 cases there were mistakes,” said James R. White, GAO's director of strategic issues. “Some favored the taxpayer. Some favored the government.”

Kathy Pickering, executive director of The Tax Institute at H&R Block Inc. and vice president of government relations at the largest U.S. tax-preparation company, proposed that the IRS certify the company's competency testing program for preparers because it exceeds the IRS requirements.Williams said he has heard from 15 to 20 businesses seeking such certification and is concerned that “we would end up with a patchwork system. Our concern was there would be consumer confusion” over which certification was valid.

David Rothstein, a researcher at Policy Matters Ohio, a Cleveland-based group that examines how government policies affect low- and middle-income people, urged the IRS to require tax preparers to provide clear estimates of their charges to consumers.“Taxpayers should have the ability to research and compare prices for services,” Rothstein said.Rothstein said the IRS should improve enforcement of cases of misleading or fraudulent practices by tax preparers."Taxpayers are understandably less likely to file taxes, seek help, or work with the IRS once they have been victims of a scam,” Rothstein said.