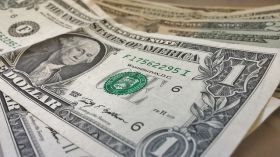 The sales and purchases transactions of small businesses have increased in the last year despite being at the highest level ever in 2013. Apart for signaling improvement in economy, this news is pleasant for old small businessmen who wish to step down and for the new entrepreneurs who are looking to own their own business.

The group general manager of ‘BizBuySell’, Bob House, said that since we initiated to follow data in 2007, this is the most number of closed transactions witnessed. He added that after recession and years of slow growth this is the second consecutive year of strong economic activity.

The data was collected from over thousand brokers for this purpose.

Bob House observed that there are lots of factors leading to increased volume of transactions of small businesses. The increased number of buyers in market is considered to be one of the major drivers of the growth. The second most important factor was general improvement in small businesses.

The report upholds the belief that performance of small businesses is at the upper level. Bob House added that strength is seen in marketplace. A clear increase in 2 important financial metrics, average cash flows and average revenue, was observed. There is an increase from $405,905 to $417,562 in the average revenue from 2013 to 2014.

The average sale price has increased a little from last year i.e. $180,000 in 2013 to $185,000 in 2014 due to leverage sellers have attained from improving financials. The financial multiples have also improved slightly. Average revenue multiple increased from 0.59 to 0.61 and average cash multiple rose from 2.212 to 2.24.

Bob House further stated that, in the past, the market was considered as powerful buyer’s market. Recovering from the recession, buyers desired to buy into businesses to make their performance better. But now the market has started to balance out. The current market is considered as sellers’ market by 18% brokers while 20% consider it a balanced one. However about 59% of brokers still believe that it is a buyers’ market.