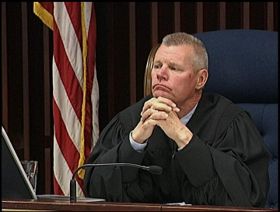 A Los Angeles judge has ruled that a Hollywood producer used “creative accounting” to divert money from actor Brendan Fraser, director and co-writer Paul Haggis and co-writer Bobby Moreno for their work on the Academy Award-winning 2004 movie “Crash.”

Superior Court Judge Daniel J. Buckley ruled last week that the plaintiffs in a lawsuit against producer Bob Yari were entitled to as-yet-undetermined damages, according to the Los Angeles Times. He found that Yari had diverted funds to third parties, including six companies that he owned, controlled or manipulated.

The judge also found that Yari had improperly deducted $1,300 in expenses for his own tickets to the Oscars and the Golden Globe Awards from the “gross proceeds” of the film, and $40,000 for his sponsorship of the Independent Spirit Awards and the IFP Gotham Awards. Other questionable expenses included $10,000 for a defense expert in the lawsuit, $25,000 in other legal fees, and an $8,300 expense for an ad in Daily Variety.

“Defendant’s conduct, especially in changing the definitions of ‘gross receipts’ and ‘third party participants’ after using different definitions for months and years of accounting to plaintiffs, was designed to increase defendants’ profits and is considered ‘creative accounting,’” wrote the judge, according to a copy of the ruling on the Hollywood Reporter site. “This was not a ‘mistake’ by defendants, but rather an afterthought of how to increase revenue, and an intentional scheme to withhold money owed to plaintiffs.”

Yari has also been sued by other plaintiffs involved with the movie, including co-producers Cathy Shulman and Tom Nunan, actor Matt Dillon and actress Sandra Bullock.