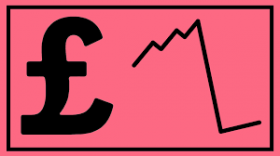 As per a research conducted by BDO, medium-sized firms based in the UK are showing more growth and also better financial results when compared with similar companies based in countries like France, Germany, Spain and Italy despite the unpredictability of the Brexit situation. As per the research conducted, medium-sized companies also referred to as the economic engine of the UK should be provided with more support from the government through developing and implementing policy which protects the interests of medium-sized firms post brexit.

In the last year, the companies based in the UK have generated the most profit when compared with the top five economies of the EU, at £97.68bn.

The report emphasizes on the importance of the medium-sized firms to the UK economy and therefore the report outlines 22 suggestions with regards to policy for medium and small sized companies so that to help them to grow further and to provide them with a platform to contribute highly to build and establish a stronger UK economy post Brexit. Some of the suggestions with regards to policy include combining income tax and national insurance and forming part of one payroll and imposing ban on changes in the UK’s corporate tax scheme until 2020, or until the negotiations with regards to Brexit gets finalized. The aim of the recommendations suggested in the report is to promote medium-sized businesses, create geographic and sector powerhouses and to make sure that these companies are provided with a platform to have access to talent and markets existing in other parts of the world.