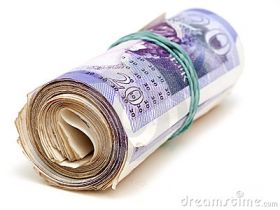 As per a mid-season analysis carried out by the PwC in relation to the remuneration policies of FTSE 100 companies, the personnel occupying top positions in companies continue to face pay restraint as a result of which pay levels of executives are falling in real terms. It was also revealed as part of the analysis that for half of the top bosses there was no increase with regards to their salary this year.

During the analysis conducted by PwC of the 40 companies listed with FTSE 100, which are about to publish their remuneration reports in 2017, a statistic was highlighted as per which 42.5% of the executives received no increase in their salary this year. As per the analysis the median salary figure which the CEOs received also decreased from £4.3m to £4.1m.

According to PwC, the total pay for CEOs in the upper quartile decreased by 13% from £6.6m to £5.7m, as the investors continue to assert pressure on the UK’s biggest companies who pay their executives heavily.

According to Tom Gosling, head of reward at PwC, Companies are being scrutinized over decisions relating to pay, and it's not astonishing that the companies are showing restraint in their actions and decisions regarding pay. Overall the pay levels remained down in real terms, and pay has even decreased at companies that pay their executives heavily.

While many different groups and committees are calling for significant changes to be made with respect to the pay structure and arrangements but according to the study conducted by PwC most of the companies covered by the analysis did not showed enough intent and support with regards to the radical changes that are proposed to be made in the pay structure and arrangements. As per the analysis by PwC, the remuneration reports of 63% of the companies included new policies and changes to existing policies in relation to remuneration but the new policies proposed are very limited in terms of structural changes with regards to pay rates and arrangements. The study also indicated that the use of traditional long-term incentive plans will continue to be the norm as most of the companies are expected to continue using such plans in the future as well.

Now-a-days many businesses are focusing and emphasizing a lot more on fairness with regards to pay structure and arrangements. The proof of which is that four out of the 40 companies covered by the analysis, disclosed pay ratio from the Chief executive to an average employee and a number of situations where disclosure requirements relating to pay arrangements of employees have improved considerably. This pressure from the shareholders is forcing a lot of companies to take important steps in improving the overall situation with regards to pay structure and arrangements.
Share:
Source: ReadyRatios