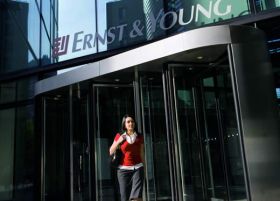 A new report from Ernst & Young finds that many companies can improve their Sarbanes-Oxley compliance.

The survey of 225 executives from around the world uncovers some of their main concerns and challenges with SOX compliance. The report, entitled “Think outside the SOX box,” also suggests various ways for companies to reduce their costs, make quicker decisions and carry them out, and free up resources for strategic initiatives.

“Many organizations still treat the SOX function as a difficult compliance exercise,” said Ernst & Young global risk leader Gerry Dixon in a statement. “There is an opportunity to channel innovative approaches and practices, which can help a company build value into its operations. Strategic evaluation and realignment of SOX execution can directly impact decision making and efficiency.”

The survey found that only 3 percent of the executives surveyed have fully automated more than half of their key controls. More than a third (35 percent) indicated they had more than 1,000 controls, with 61 percent of the survey respondents spending at least five hours just testing each control. Nearly 40 percent of the executives surveyed consider one of their major SOX challenges to be cost. In addition, 37 percent of respondents said they spend up to $2 million on SOX testing, while 14 percent spend up to $5 million every year on SOX overall.

A small percentage of those surveyed use technology to manage SOX compliance, such as 21 percent who say they regularly use data analytics. Twelve percent of the respondents use predictive modeling, but 65 percent said they do not use third-party applications to automate continuous controls monitoring. Ninety percent of the survey participants still use Microsoft Excel for scoping out SOX compliance.