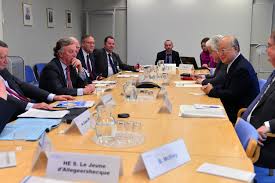 The Association of Taxation Technicians or ATT welcomed the decision of the UK government to filter the contents of the Finance Bill that is to be implemented before the elections and the bill now excludes all the changes made to non-dom rules, plans to make tax digital for small businesses and the changes with regards to allowances relating to micro-enterprises. The legislation and changes dropped from the bill are likely to be implemented in the period after the elections as the government will have more time to scrutinize the implementation process with regards to the changes in legislation once the elections are over.

According to Yvette Nunn, co-chair of ATT’s Technical Steering Group, the purpose of the allowances was to reduce the administrative load on small businesses and to make sure that such businesses report all their income and that to on regular basis. Instead the legislation relating to the allowances for micro-enterprises actually ended up creating a lot of complexities and uncertainties in relation to the practical working of the allowances.

As per Yvette Nunn, the decision of dropping this particular legislation from the Finance bill and the possibility that the legislation will be part of the bill that will be proposed after the elections, provides the government and the HMRC with an opportunity to make the provisions with regards to the allowances as simple and user-friendly so that it becomes easy for the small businesses for understanding and conducting its activities in accordance with the requirements of the said legislation.