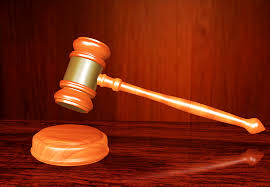 A group of six executives sacked by Japan’s Olympus have been required by the Tokyo district court to pay more than ¥58.8bn ($529m) to the company in damages in relation to an accounting fraud that was first reported in the year 2011.

The Tokyo District Court made the ruling that ex-president of olympus Tsuyoshi Kikukawa and five other executives, who were sacked by Olympus when the fraud was first discovered, are liable to pay damages to the company. Although a civil case was filed against a total of 16 executives out of which only 6 were made liable by court to pay damages to the company. One out of the six executives that are liable to pay the fine, has since died, but Olympus has since indicated that the family of that executive may be asked to pay fine on behalf of the deceased executive.

The six executives played a key role in falsifying accounts so that to hide losses of $1.7 billion basically by using large payments as a tool to hide old losses and therefore making outsized consulting fees relating to takeover deals, to obscure companies.  The accounting fraud was discovered in 2011 when the company’s then CEO Michael Woodford exposed his colleagues at the time, and in process turning from a foreign CEO to a whistleblower just within two months after he became the chief executive of Olympus in October 2011.

On the day of the verdict given by the Tokyo court, Olympus released a statement addressing the investors and shareholders of the company and stating that future action plan will be decided upon and revealed after discussion with the company’s legal counsel.

Olympus also stated that the impact of the decision on the business position and results of the company is yet to be determined and the company will issue an immediate notice with regards to the occurrence of any matter that requires disclosure.
Share:
Source: ReadyRatios