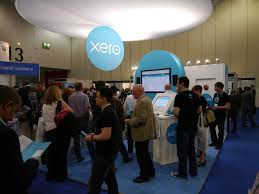 As per the recent set of results for the year to 31 March 2017, Cloud accounting vendor Xero has continued its good run in the market with a reported 43% growth in operating revenue from last year. In terms of figures the operating revenue of the software provider has touched NZD$295.4 million this year which shows an increase of NZD$88.3 million when compared with the previous year.

In the second half of the year, EBITDA excluding any share-based payments, also turned positive to $1.6 million which also indicates some strong showing by the software vendor in the market in the financial period ending at March 31, 2017. The Operating cash flows for the entity in the second half of the financial period were also positive and stood at $9 million. Operating cash outflow for the entire period was down to just $4.4 million. This shows a decrease of more than $30m, with regards to the Operating cash outflow, when compared with the previous financial year.

According to the CEO of Xero Ltd, Rod Drury, the company has achieved a lot of milestones this year which includes reaching break-even with regards to operating cash flow and also doubling the number of subscribers in less than two years to pass the milestone of reaching 1 million subscribers while also completing major systems re-platform to AWS (Amazon Web Services).

ACMR of Xero reached $359.7m in the period ending 31 March 2017. This statistic reflects an increase of 45% in ACMR of the entity this financial term when compared with the previous financial term. Xero has said that it has improved its operating cash flow performance during the year and it is expected that the performance will continue to improve in financial year 2018 as Xero plans to carry its operations efficiently through employing automation and achieving economies of scale.

The recovery with regards to the IT companies is led by those companies who have embraced cloud. The cloud attracts customers because of its lower cost base and the speed in which new products are made available to the customers. Xero has basically taken advantage of these features and is looking to continuing its increasing growth. The cloud has helped Xero in significantly reducing its costs and now the accounting software vendor is in a position in which it can report net cash inflow rather than outflow in the next financial term.
Share:
Source: ReadyRatios
Add New Comment