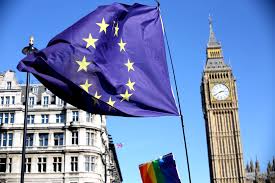 According to a report released by ACCA on 24 May, 2017, the Uncertainty regarding the result of Brexit negotiations are affecting the ability of the global financial services to prepare, despite a significant number identifying and referencing the entire process as a risk rather than an opportunity with regards to their business.

As per the research, the element of uncertainty surrounding the negotiations between the EU and UK in areas such as mutual recognition and equivalence and the potential of ‘hard Brexit’ were the major concerns shown by the respondents to the survey.

According to Chief Executive of ACCA, Helen Brand OBE, the financial services organisations have an important role to play in assisting other organisations with regards to navigating the complexities and challenges of Brexit but lack of communication on the subject matter from the decision-makers both in the EU and UK is having an effect on their ability to do so.

Helen Brand OBE also said that while all the discussions with regards to brexit has been focused a lot on the impact of it on the UK economy, the status of London as a global finance hub is significant as it means that the negotiations regarding Article 50 will have implications for financial services organisations across the world.

The financial services sector occupies a significant position in the economy of the United Kingdom. The sector currently employs almost 1.1 million people, earns annual revenues falling in the range of £190bn-£205bn and also generates an estimated amount of £60bn–£67bn in taxes annually.

Helen Brand further added that as far as the negotiations are concerned, the situation is not like that in which a loss to London will automatically become a gain for the Europe, some businesses with global presence may be more inclined towards either relocating to somewhere else or simply reduce the scale of their European operation if the uncertainty continues. New York could benefit a lot if the current situation with regards to uncertainty continues.

According to the Director of Professional Insights at ACCA, Maggie McGee, many financial services firms are either lacking in preparations or in the initial stages of planning and this mainly due to the lack of information provided by the decision-makers with regards to Brexit negotiations.