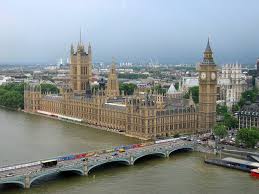 According to UHY Hacker Young, London continues to be the powerhouse with regards to the UK economy and is also stretching its lead as the United Kingdom’s most stable and strongest economy.

After the banking crisis it was expected that the London’s economy would fall and will not be able to recover from it for a significant period of time but the economy of the city has in fact has shown growth and that to at double the speed when compared with the national average.

Since the year 2008, the growth rate of London has been 24% in terms of Gross Value Added (GVA), while the national average has been 12% for the same tie period. GVA can be referenced as a measure which defines the contribution an area makes towards the economy of the nation based on the amount of goods and services the area produces per head. The City of London’s GVA per capita is £292,855 and the UK’s average is £25,601. This statistic shows that the economy of London is worth ten times more than the UK average. The highest GVA in the UK is that of London and along with this the other regions that are in top 5 are all of those that belong to central London.

According to the top 15 firm, the city of London apart from maintaining its core financial services industry has also reinvented itself by also becoming a center for fintech and ecommerce services.

According to partner at UHY Hacker Young, Colin Jones, the predictions of all the doubters have been proven wrong and the city of London has actually increased its worth and importance to the nation’s economy since the banking crisis that occurred in the year 2007.

Colin Jones also said that when the banking crisis was dominant, many expected a decline with regards to the importance and worth of the economy of the city but instead the city went on to prove all the doubters wrong by showing a lot of resilience and the city still outsmarts and outpaces all the other major cities of the UK. One of the main reasons behind the city’s growth is the existence of a large wholesale financial services industry in the city.

He further added that as the nation is in the process of Brexit negotiations the city looks stronger and healthier than ever. However, it is still to be seen as whether Brexit poses as a threat or an opportunity for the city’s economy as a number of firms are debating whether to relocate its offices to other cities in Europe such as Paris and Frankfurt.