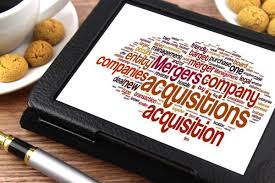 CVR Global, an Insolvency and restructuring firm, recently made an announcement of its merger with DDJ Insolvency, which is a London based Insolvency firm.

Apart from its merger with DDJ Insolvency, CVR Global has also secured the appointment of two partners in James Dowers and Ian Defty.

With the help of this merger, CVR Global looks to strengthen its position in the UK and now has a total of 70 staff members across all its offices in the UK and operations in the British Virgin Islands and Gibraltar.

According to the managing partner at CVR Global, Richard Toone, CVR Global is delighted with its merger with DDJ Insolvency as it provides CVR Global with an opportunity to better its position in the UK.

As per Richard Toone, since the formation of CVR Global CVR in 2015, the Insolvency firm has completed a number of planned expansions, including branching out internationally with offices in different countries and appointment of credible industry professionals as partners and now CVR Global is in a position to complete another expansion with the execution of the planned merger with DDJ Insolvency.

CVR Global is committed towards strengthening its market position and reputation, both in the United Kingdom and in other parts of the world.

According to Ian Defty, one of the founding members of the London based Insolvency firm, DDJ Insolvency is pleased to have joined hands with CVR Global so that to take competitive advantage in the UK market.

Ian Defty also said that the firm has a lot of exciting plans with regards to further expansion and we all our looking forward towards working with Richard and rest of the partner team to help them in CVR’s continue growth.

The announcement of merger comes weeks after the firm announced the appointment of Charles Turner as its partner in its London office.