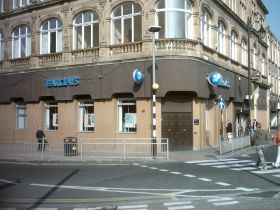 Four ex-Barclays directors, including former chief executive John Varley, have recently appeared in front of court in a fraud case relating to the actions they took as directors of Barclays during the 2008 financial crisis. The directors have been released on bail after making their first court appearance.

Last month, after five years of investigation the Britain’s Serious Fraud Office (SFO) finally brought criminal charges against Barclays and four of its ex-directors for their dealings with Qataris during the banking crisis in the year 2008. This is the first time that a bank and senior bankers are facing prosecution for the actions they took and the manner in which they behaved during the financial crisis. The bank avoided nationalization by raising more than £11bn in two private cash injections in which the Qataris also participated.

The four former directors of the bank only appeared to confirm details regarding their names, ages and addresses and were subsequently released on bail. The next hearing of this case will take place at Southwark Crown Court on 17 of this month. It is expected that all four individuals will plead not guilty but it is to be seen what sort of approach will be adopted by Barclays during the course of this court case.

The SFO has charged the Bank, Mr Varley and Mr Jenkins with two counts of conspiracy to commit fraud by false representation related to the two private cash calls involving the Qataris. The first cash call took place in June of 2008 while the second one took place in November of 2008. The other two directors Mr Kalaris and Mr Boath have also been charged with one fraud count relating to the June cash call.

The fraud charges relate to £322m that was paid as fees to the Qatari investors by the Barclays bank for advisory services in the Middle East.

In addition to the two fraud counts Barclays, Jenkins and Varley also are charged with one count each for unlawful financial assistance. This charge relates to a loan of £2.3bn that was made by the Barclays Bank to Qatar in November of 2008. The SFO has alleged that the loan was used as a tool to finance the participation of the gulf state in the private cash call exercises.