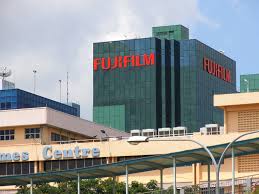 Japanese company Fujifilm holdings corp. has said that a third party investigating panel has found irregularities in accounting practices in its Australian unit in addition to the ones that have already been discovered at the New Zealand subsidiary.

The company is now saying that losses resulting from the incorrect accounting treatment of the leasing transactions are expected to be ¥37.5 billion. As per the company’s original estimate the losses relating to leasing operations were expected to be ¥22 billion.

In April, the Japanese company delayed the release of reports containing information regarding its earnings for the financial year ended in March and instead formulated an independent  third party panel so that to investigate the transactions relating to the leasing operations of Fuji Xerox New Zealand in the fiscal year to March 2016.

Fujifilm has said since that inappropriate accounting treatment affected the company’s profit recorded in the financial year 2011 to the year ended March 2016. It further stated that the impact of the issue on earnings relating to the year that has ended recently ‘was minor’.

Fujifilm has also said that it plans to improve the company’s corporate governance and practices adopted by the management during the normal course of their job activities. The company is also planning to increase the number of Non-executive directors on the board.

The investigation initiated by the Japanese company did not find any evidence regarding inappropriate accounting policies being employed other than the Australian and New Zealand units.