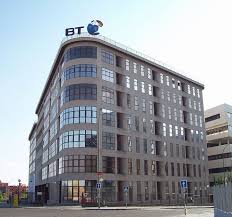 Bristish Telecom has recently revealed in a statement that due to accounting scandal that was discovered at the Italian division forced the company to pay a total sum of £225m as settlement against warranty claims with Orange and Deutsche Telekom as part of the EE acquisition agreement.

Two of the major shareholders of BT, the French and German telecoms had accepted shares in part exchange with regards to sale of mobile operator EE last year.

In a recently released statement along with its first quarter results, BT said that the company has reached agreement with Orange and Deutsche Telekom with respect to the warranty claims they raised in relation to the 2015 EE acquisition agreement, originating from the problems that were formally announced about our operations in Italy. The chief executive of BT, Gavin Patterson, said the deal with Orange and Deutsche Telekom was disappointing, but very important to avoid legal action.

BT has also said these prior year errors basically resulted due to profits as a result of which equity has been overstated for years. These errors impacted the group balance sheets and group income statements included into the company’s annual report and Form 20-F for several years including the years ended March 31, 2016 and March 31, 2015.

The company has also revealed that they even assessed whether correction of the cumulative impact of the discovered errors in the financial year 2016/17 would be material with respect to that year and came to the conclusion that correcting the errors in 2016/17 fiscal year would be material.  Therefore the telecom company made the decision to correct the prior year errors by revising financial statements for the financial year 2015/16 in order to avoid misstatements of facts and figures in 2016/17 financial statements.